History of the turbo

The turbo itself has a rich history. Even back in the early years of combustion engines, Mr Daimler and Rudolf Diesel were trying to increase engine performance and reduce fuel consumption by compressing air. In 1905, a patent was issued for the reuse of exhaust gases for the propulsion of a turbine. The Swiss engineer Alfred Büchi designed this unit so that the turbine would drive a compressor. The very first turbo immediately provided the basis for the turbo as we know it today. With this combination, Büchi succeeded in increasing the output by 40%.

Thanks to their large dimensions, the first turbos were only suitable for large installations, such as marine engines. The first application of turbos in the commercial vehicle sector came in 1938, when the Swiss truck factory Saurer started using the turbo. Emphasis was placed on improved performance under high engine load. Chevrolet and Oldsmobile were the first passenger car manufacturers to use the turbo, in the 1970s. Often this use was of a temporary nature as, despite the technical improvement of the turbos, they were not as reliable as they are now.

It was only after the oil crisis in 1973 that the turbo was generally accepted in the commercial vehicle sector. Nowadays, almost all diesel engines in commercial vehicles are equipped with turbos. In the 1970s the exhaust gas turbo was also made suitable for the increasingly popular petrol engine. Manufacturers such as BMW and Saab were among the first to introduce cars equipped with petrol engines as well as turbos. Virtually all manufacturers followed this development and many contemporary brands now supply cars with petrol engines and turbos. 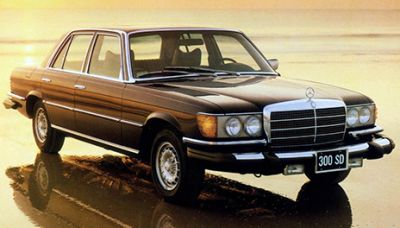 Engines with turbos became a type of status symbol. Turbocharged petrol engines provided very high performance but, at the same time, created the turbo gap; turbos were not economical enough, they were rather large, and they offered a delayed response to the accelerator pedal. Naturally this meant a loss of comfort but further development and the reduction in size of the turbos allowed this problem to be solved. The real breakthrough in turbos came thanks to the introduction of the Volkswagen Golf in 1974 and the 300SD from Mercedes Benz in 1978. Nowadays, almost all new diesel engines are fitted with a turbo.

Turbos are not only used to increase performance, they also realise fuel savings and improve the quality of exhaust gases. Another advantage of using turbos is lower production costs. Producing a 4-cylinder turbo engine costs less than producing a 6-cylinder engine without a turbo. In addition, a 6-cylinder engine is obviously larger and heavier than the 4-cylinder turbo engine, which has a negative impact on the overall weight of the vehicle and, in turn, on fuel consumption.

Contact our product specialists; they will be happy to work with you to find a solution!

Or order via our web shop.